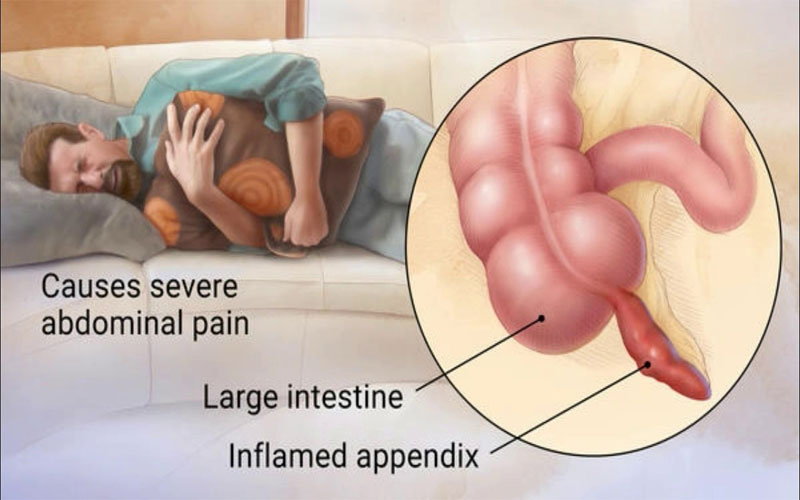 Appendicitis may be treated with Antibiotics without Surgery

Appendicitis, which some people call Appendix, is a serious stomach problem. In patients with appendicitis, there is unbearable pain and trouble. Appendicitis is treated only by operation, but in the days to come, this disease can be treated with antibiotics. In a recent research, it has been claimed that now instead of removing the appendix of the patient, it can be corrected by antibiotics, if there is a problem with appendicitis.

Dr. Pulina Seliminen, surgeon and researcher at the University of Turku University, said that most of the cases of appendicitis are not serious, yet it has yet to remove the appendix by the operation for its treatment. But now the operation needs only in cases where appendix is ​​likely to burst. He said that ‘antibiotic therapy is completely safe.’ He also said that only 20-30 percent of appendicitis patients require operation whereas 70-80 percent of cases can be cured only by antibiotics.

How to do research

273 patients of appendicitis were selected for this research, out of which 257 patients have been successfully treated with antibiotics. Researchers found that patients who were treated by antibiotics did not need surgery even after 5 years of treatment. These reports have been published in the Journal of the American Medical Association.

This disease is very rare in children under 2 years of age, but after this, any woman or man of the age of twenty five years of age can have this problem, this problem is less in older people.

Why and Whom Appendicitis?

Appendix trapping or infection becomes the cause of appendicitis. Although the cause of the infection is not entirely clear, but it is believed that the bacteria found at the end, reaching the appendix, when the immune system weakens. And then it causes infection and swelling in appendicitis or appendix. Appendicitis may occur to any person of any age, but this problem is seen more in children.