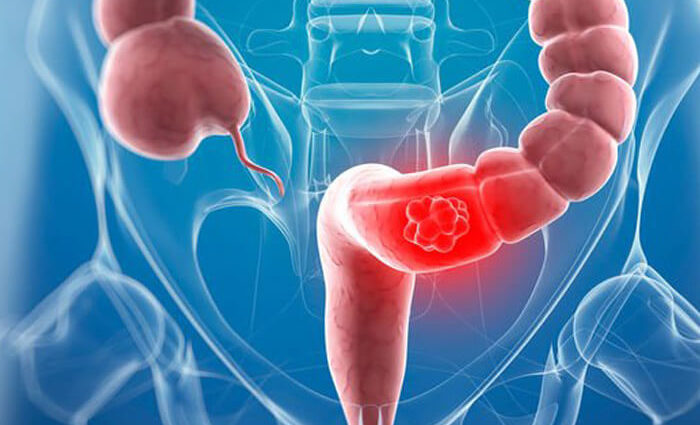 Bacteria Inside the Gut may cause Bowel Cancer

A type of bacteria living in intestines, which we also call gut bacteria, can also be the cause of bowel cancer. According to recent research, people with a certain type of bacteria in the intestine may be at greater risk of developing bowel cancer. The intestinal microbiome is a collection of fungi, bacteria, and viruses within our gut. Also, there is increasing evidence that the composition of microbiomes in the body can also be a major reason behind it. At the same time, researchers are also trying to find out whether the virus is causing cancer virus in Intestine’s microbiome or due to its particular bacteria. Let us tell you about this cancer and this research related to it.

What is bowel cancer?

There are 3 main symptoms of bowel cancer. First  continuous bleeding while stool or defecation. Second  frequent changes in your bowel habit, which is usually similar to stomach upset and third  persistent lower abdominal pain, bloating or discomfort, which always occurs after eating. Apart from these three, the person starts losing weight continuously and stomach troubles start increasing.

What does research say?

In fact, Dr. Kathleen Wade of the University of Bristol has investigated the acting role played by bacteria in the development of bowel cancer. For this, a technique called Mendelian Randomization was used and reported this study to the 2019 NCRI Cancer Conference. It was told in the conference that how some bacteria that enter our intestine are the cause of diseases related to our stomach and due to this we also get bowel cancer. According to the researchers, the risk of bowel cancer increased between 2 15%, which may increase in the coming days.

The microbiome in this case is a community of microorganisms, bacteria, that occur naturally in the body. There is increasing evidence that the makeup of microbiomes is playing a sensitive role for human health and body disease. The human gut microbiome, which contains about three trillion bacteria, aids digestion and provides protection from infection. It is determined by a person’s individual genetic design and their body. It remains relatively stable in a person’s life, unless they take antibiotics.

Dr. Kathleen Wade says she was interested in seeing whether variations in the human gut microbiome, such as the number of bacteria or simply the number of different types of bacteria, could have an effect on bowel cancer. Studies in mice and humans have shown an association between gut microorganisms and bowel cancer, but very few people have found solid evidence for this. In other words, it is difficult to understand whether gut microbiomes can cause bowel cancer.

For the study, researchers used and found out data from the Flemish gut flora project, the German food chain Plus study, and the 3,890 people who participated in the Popagen study. At the same time genome wide association studies (GWAS) discovered small changes in the genome of participants, which occur frequently in people with a disease or trait.