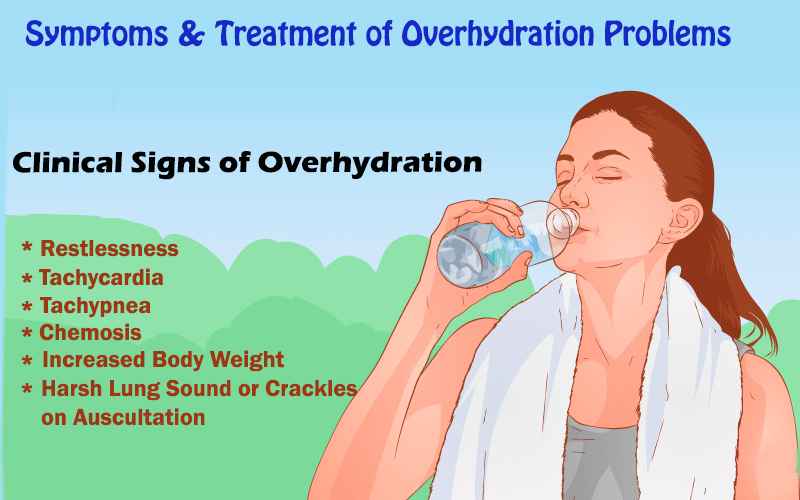 70 percentage of our body is water. For example, if your weight is 50 kilograms, then 35 percentage of the weight is just water. Now you can guess about how much water is necessary for us. You must have heard doctors say that drink as much water as you can. But today we are telling you about the loss of water more than you need. Do you know that drinking too much water can also be dangerous for your health? In fact, a new research has revealed that drinking excessive water can cause overhydration problems. Let’s know what this disease is and what the measures to avoid it are.

Scientists say that as the problem of dehydration becomes less drinking water, drinking excessive water in the same way leads to overhydration problem. The effect of overhydration is directly on the kidney and also increases the chances of kidney failure. When this disease occurs, the color of the urine becomes yellow or pale. The exercise of overhydration is known as Hyponatremia.

Neuroendocrine circuit of thirst is 70 million years old. It is found in many animals, including insects and kites. Thirst activates the same part of our brain, which tells us that we are hungry or have urination. It constantly indicates that we do not have to be thirsty, or we may die. This is the same way as we are told that we have to pee every hour or else bladder bursts can cause us to die. Here we should keep in mind that animals do not have a water bottle or a urine chart, they drink water when they feel thirsty. We should do the same.

Experts in the study found that Hyponatremia is due to excessive water or speedily drinkers because it reduces the level of salt in their blood. A sudden drop in blood salt levels can cause swelling in the body cells. Hyponatremia can cause swelling in the brain, causing headache and nausea. Swelling in muscle cells can cause cramping in the whole body. The most dangerous thing is that dehydration also has the same symptoms. This study has been published in the American College of Sports Medicine.

There is also danger of this disease

Once the body gets too much water, the level of sodium decreases rapidly. Lowering the level of sodium can cause swelling in the brain, which is a dangerous stage. Research has found that due to drinking excess water, sodium is abnormally low in the body, hence the risk of hypotremia is increased. Sodium is a kind of electrolyte that regulates the amount of water in our body.

Other Loss of Drinking More Water

If you drink excessive water, it can also cause kidney problems because drinking more water causes kidney to work more than your capacity.