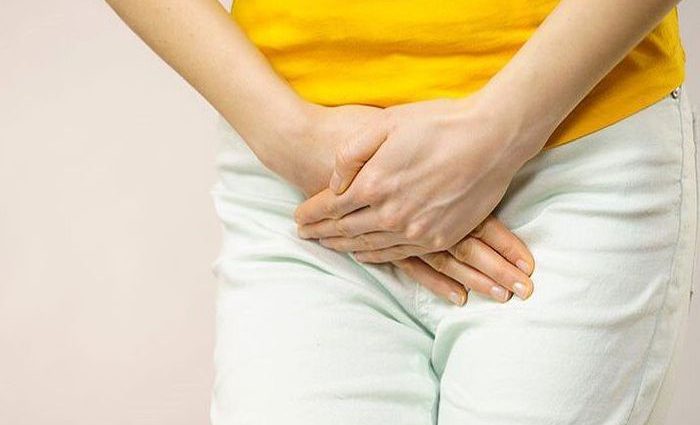 By: admin
In: Alternate Therapy

In Mexico/ USA, the number of women affected by incontinence is estimated at up to 15 million. This means that every third to fourth woman will suffer from urinary incontinence – at least temporarily – at some point in their life. Pregnant women, overweight people or women with weak pelvic floor muscles suffer from the disease particularly often. With a multitude of different treatment methods, a cure, or at least a significant improvement in the condition, is possible in many cases today. The following procedures are available in incontinence surgery

An incision is made in the vaginal lining about 2 cm below the mouth of the urethra. A braided plastic tape made of polypropylene is inserted into both sides of the urethra and up behind the pubic bone using a needle. The tape is placed under the urethra without tension (tension-free vaginal tape = TVT ”). The incision in the mucous membrane is sutured with an absorbable (self-dissolving) thread.

With TOT (transobturator tape), the tape is guided on both sides in the direction of the deep groin. So it lies flatter, more like a mattress, under the urethra. The tape ends grow into the tissue by themselves.

TVT tape: It is placed under the urethra in a U shape, ending on the right and left above the pubic bone. The ends cannot be felt.

TOT band: In this surgical procedure, the band is used flatter, it ends on both sides in the deep groin.

Mini sling: This band is shorter and not as wide. It has threads with plastic anchors on both sides that are set into the fabric.

Tears in the vaginal suspension can cause the bladder, small intestine or rectum to bulge into or out of the vagina. These defects in the suspension or the vaginal skin can be remedied by using the body’s own material or artificially produced nets.

In lowering operations without a net, the defective connective tissue is gathered and tightened in this way. When the anterior vaginal wall subsides, the overstretched tissue between the bladder and vagina is often doubled. If the back wall of the vagina is lowered, the same is done with the tissue between the rectum and the vagina.

This operation can be performed if the end of the vagina is lowered (vaginal stump descent, enterocele) and the bowel dysfunction caused by it, such as fecal incontinence due to constipation, when the uterus is no longer present. It is an operation that is performed via a laparoscopy (laparoscopic). A plastic mesh is attached to the anterior and posterior walls of the vagina with several threads. The opposite end of the mesh is attached to the body’s own connective tissue structure in the area of ​​the sacrum (os sacrum). This stabilizes the vagina in its normal position again and no longer lowers significantly even under stress. Since neither the net nor the threads dissolve, the probability of a renewed decrease in the area of ​​the vaginal end is very low.

Operation according to Burch (colposuspension)

The abdominal wall is either opened through a low cross-section (bikini cut) or the operation is performed laparoscopically. The operating steps are carried out by the surgeon in the space behind the pubic bone, in front of the vagina and bladder, and not in the abdominal cavity itself. The vaginal wall is attached to the inguinal ligament with threads that do not dissolve. The operation removes the increased mobility of the urethra, which is typically found in stress incontinence. When closing the wound, the skin is usually sewn with self-dissolving suture material. The thread does not need to be removed.

After the laparoscopic Burch operation, the patients experience less pain, have to stay in hospital for a shorter period, and catheterization also takes less time.

Laparoscopic pectopexy is a bilateral fixation of the vaginal end or cervix to the lig. Ileopectineum by means of a mesh. This is an alternative to fixation on the longitudinal anterior ligament, i.e. the classic laparoscopic sacrocolpopexy or sacrohysteropexy. This procedure is chosen depending on the severity of the vaginal sagging and the symptoms. In addition, when choosing between rectopexy and sacrocolpopexy, the anatomical conditions play a decisive role.

The Urologo CDMX has been using the surgical robot since May 2019. This surgical robot is currently the most modern procedure in the field of minimally invasive robot-assisted surgery and offers our patients considerable advantages over conventional procedures:

Operations for pelvic floor reconstruction (sacrocolpopexy, colposuspension, pectopexy) are carried out in the Urologo CDMX surgical robot. A major advantage compared to conventional laparoscopic surgical procedures is that, with the help of the robot, we are able to better identify the structures and prepare them more finely.

Sacral neuromodulation is a modern, innovative and minimally invasive therapy method for the treatment of pelvic floor dysfunction. A large number of studies have shown the clinical effectiveness of this technique in patients with overactive bladder (OAB), chronic non-obstructive urinary retention (urinary retention) and in patients with Faecal incontinence and chronic constipation (constipation) have been shown. As the first and so far only clinic in Düsseldorf, the urological specialist clinic in Golzheim regularly uses the bladder pacemaker to treat bladder dysfunction.

Botulinum toxin, better known under the abbreviation botox, is also used for therapeutic purposes against incontinence. Botox therapy is only used when non-operative treatment options, such as drug therapy, have been exhausted or cannot be continued due to side effects. This procedure is suitable for patients with idiopathically overactive bladder with the symptoms of urge incontinence, imperative urination and frequent urination. This also includes patients with excessive bladder pressures due to an overactive urinary bladder, dysregulation of the bladder and sphincter muscles, or men with benign prostate enlargement. The treatment must not be carried out in pregnant women and while breastfeeding.

Botulinum toxin inhibits the release of acetylcholine from the nerve cells – this is the messenger substance that the muscle fibers need to move – this blocks the transmission of signals and more or less paralyzes the muscles. Botox injections can eliminate the urge to urinate, increase bladder capacity and reduce bladder pressure. Botulinum toxin is, as the name suggests, a poison, it does not work immediately. The effect only begins after seven to 10 days and then usually lasts between six to twelve months. The injection must then be repeated.

Related Blog:- What is a Liver Transplant?

Before a Botox injection, a detailed urological examination as well as a bladderoscopy and urine control must be carried out in order to rule out a possible urinary tract infection. If there is a urinary tract infection, it must first be treated with medication. One week before the procedure, blood-thinning medication must be stopped for a total of three weeks. And no further use of Botox on any other part of the body must have taken place within three months.

In patients with idiopathically overactive bladder or with excessively high bladder pressure, the Botox injection is usually carried out on a short-term inpatient basis, in some cases the procedure is also performed on an outpatient basis. Under anesthesia or spinal anesthesia, a small amount of botox is injected into the urinary bladder muscles endoscopically with a thin needle in several places. It only takes a few minutes. After the injection, a catheter is placed for a day or two. Possible side effects are residual urine formation (incomplete emptying of the urinary bladder) and, very rarely, a temporary urinary obstruction.

2021-02-19
Previous Post: The Underestimated Importance of Healthcare Case Management Systems
Next Post: How stress can low a libido?