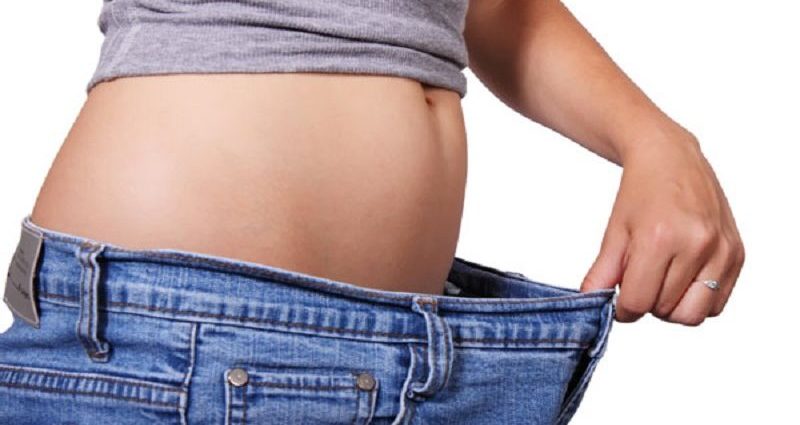 Best Way to Lose Weight and Not Get It Back

Knowing how the human organism acts in the face of lack or excess of food, and the need to maintain good physical activity is essential.

Losing weight is the purpose of many people when the New Year arrives. However, after the arrival of February, there are many who have given that goal for lost, given that it is a battle in the medium and long term, and the results are usually not as fast as usually thought. This usually happens because dieting is a mistake, and losing weight would imply a significant change in lifestyle, with food being the basic pillar of that style.

Among the tricks to lose weight include the increase in consumption of fruit and vegetables (satiating foods and low calorie), avoid ultra-processed (extraordinarily dense caloric), and avoid miracle diets. In fact, last year 2018 the Mediterranean diet and the DASH diet stood out for being, together, the best both in terms of health and weight loss, because adhering to them is usually relatively easy.

The problem is that the human organism has an unusual facility to recognize a hypo caloric diet or, rather, a decrease in food intake, and counteracts the situation by increasing the sensation of hunger. But, on the contrary, he does not know how to easily recognize an excess of calories. And that would be the key to losing weight: our body can eat up to 150% more than necessary “without warning,” according to a new study.

Excess food is not detected

According to the work, published in the British Journal of Nutrition by researchers at the University of Cambridge, the overfeeding is not detected by humans, even when the energy of one day is increased to 1,000 calories more than any other daily day

As one of the authors of the study, Kevin Dighton, describes it, in the web portal The Conversation, the participants of the study were able to eat up to 150% of the daily calories needed, and their appetite did not vary in any aspect, nor their agency tried to make no compensation in this regard. These data were checked according to appetite scores and specific hormone levels, taking into account the total dietary intake of the participants.

It is true that this behavior, according to Dighton, makes evolutionary sense: in environments with limited access to food, when it was possible, they ate too much to increase the chances of survival in the face of days of famine. However, today, these environments are not so typical, much less in the Western world, where the current epidemic of obesity stands out.

Therefore, it would be essential to be aware of the caloric intake that takes place during the day to day, given that even a short period of excess is enough to cause an increase in weight that can be maintained in the long term, as happens with the gain of weight during the important festivities (like Christmas), and as already suggested by some studies, such as the one published in the New England Journal of Medicine in the year 2000.

However, these obstacles do not imply that weight loss is impossible. In fact, knowing this way of acting of the human organism would be helpful to be able to modulate the intake: by decreasing it, the organism warns through hunger. However, when you increase it, there is no such warning. The key would be to be able to modulate this signal of hunger, and be aware of what one eats so as not to overdo it, because the organism and the hormones responsible for the appetite will not warn that there is an excess of 1,000 or 2,000 calories a day.

The importance of physical exercise and flexibility

On the other hand, Dighton recalls the importance of associating physical exercise with this new lifestyle, since the human body tends to “look for” weight gain, and we must know how to modulate the loss and maintain it over time.

Staying active would also be another essential pillar, along with the dietary basis, to maintain long-term weight loss. Although it is true that physical exercise, by itself, is not the best tool how to lose belly fat in 10 days, what is known is that if it is associated with a good diet, it helps in this loss and keeps it in the long term.

The modulation of hunger with exercise is still controversial, given that some studies suggest that it may increase the feeling of hunger, but others suggest that intense exercise would decrease appetite

Finally, although this concept varies according to the expert consulted, it is necessary to remember the “food flexibility”. Although some nutritionists advocate the intake of 100% real food, most suggest that the “ideal diet” would consist of 80-90% of real food, leaving a margin of flexibility of 10% for “traps”, such as ingestion of ultra-processed. This would mean attending some occasional lunch or dinner, without thinking about the caloric excess, since adding a special occasion to a good diet also serves to improve adherence.

Therefore, the conclusion would be that it is key to know how the human organism acts against food intake: it responds quickly to the decrease in intake by signs of hunger, but does not know how to adjust the behavior against caloric excess. In addition, maintaining physical activity can maintain long-term Susan boyle weight loss, and even intense exercise can counteract hunger or some excess.

2019-07-04
Previous Post: Who is a Pediodontist? Here’s What You Should Know
Next Post: Common Allergy Causing Foods According to the Best Allergist in Atlanta